GWWO Architects just announced that the Harriet Tubman Underground Railroad Visitor Center has received an AIA Maryland Excellence in Design Merit Award and been named the 2020 Public Building of the Year!
Congratulations to the entire team that worked on the project! Haley Sharpe Design were the exhibit designers and we designed the exhibit lighting. See some of the exhibit photos below! 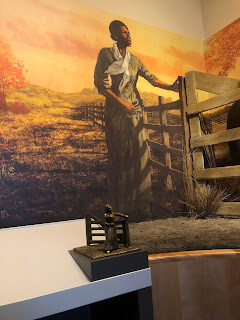 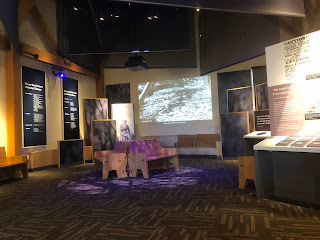 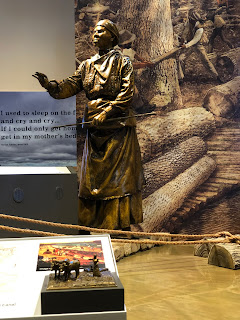 According to the GWWO press release, the building was chosen from over 100 submissions. The jury praised the building’s design, expressing: “There are so many aspects of this project that made it the winner of Building of the Year. In terms of design excellence, the forms and organization of the structure not only fit within the landscape but also help tell Harriet Tubman’s story. We are living in a time when Americans need to understand our history and celebrate its heroes such as Tubman whose actions affected so many people. She continues to be a role model and this Visitor Center does her story justice."
Posted by abernathy lighting design at 10:55 AM No comments: