Only Three Days Left to VOTE!!! 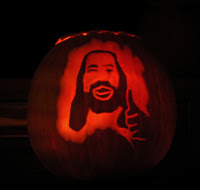 The Second Annual Pumpkin contest continues... and you only have THREE DAYS left to vote for your favorite!

So far, Entry # 8 (pictured) is in the lead... The winning pumpkin will be announced the day after Halloween. Like us on Facebook and cast your vote today!
Posted by abernathy lighting design at 2:54 PM No comments:

The carving is done... so now it's time to visit us on Facebook and vote for your favorite pumpkin!! Simply "like" the individual photo of your favorite to cast your vote and feel free to share our pumpkin album with others! The winner of this year's contest will be announced on Friday, November 1st.

May the best pumpkin win! :)
Posted by abernathy lighting design at 3:09 PM No comments:

This Friday will begin ALD's Annual Pumpkin Contest! All employees of the firm will be creating their own carvings this Friday in the office and then we will post photos of each pumpkin on our Facebook page. Next Tuesday begins the voting process... All of our followers on Facebook can see the photos and "like" their favorite pumpkin.

The pumpkin with the most likes by Halloween wins!!

Stay tuned next week for the 2013 photos... Here is a photo of all the entries last year. The winner was the Hello Kitty pumpkin. 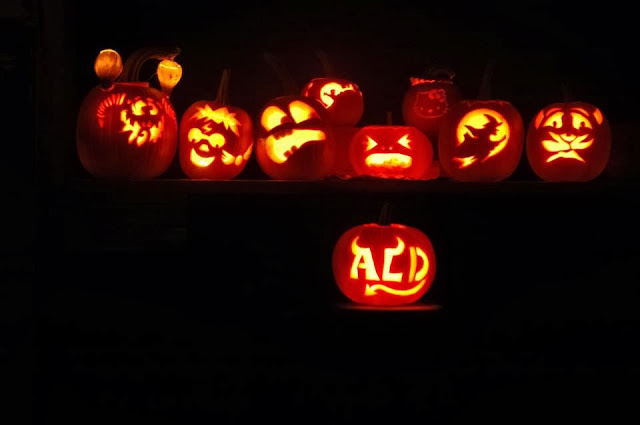 Posted by abernathy lighting design at 3:14 PM No comments:

As you may have already noticed, we have been trying to increase our online presence and have been posting regularly on this blog, on Facebook/Twitter, and on LinkedIn. As part of this increase, we also plan to start releasing a quarterly update newsletter. This newsletter would come directly to your inbox four times a year and include all the major highlights from our work here at ALD. If you'd like to join this new mailing list, please click on this LINK!
Posted by abernathy lighting design at 2:22 PM No comments:

Valley Breeze article: Local pair say it was all about collaboration on 'gorgeous' bridge 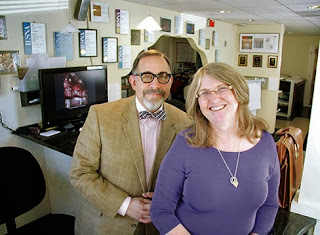 ALD is so pleased that the Route 95 Bridge is generating so much positive feedback! Besides the PROJO article we highlighted last week, Kathy and the architect of the bridge itself, Richard Ventrone, were featured in a 9/4/13 article for the Valley Breeze. Below is a snippet of the article written by Valley Breeze Staff Writer Ethan Shorey. Ethan and his photographer came to our office to conduct an interview and take a photo of the bridge collaborators.
NORTH PROVIDENCE - Katherine Abernathy has put her stamp on plenty of picturesque scenes around the world, but says none of those projects compare to the work she did to help create the final look of a new local landmark.

Abernathy, a North Providence resident and president of Abernathy Lighting Design on Thomas Street in North Providence, is the woman drawing wide praise for her elaborate light system on the new Pawtucket River Bridge.

Working closely with Richard Ventrone and his Ventrone Architecture, of North Scituate, Abernathy says she couldn't be happier with the final result of the new bridge, a project that was more collaborative than any she had ever worked on before.

"This bridge is so gorgeous during the day, in so many ways it was easy to light, because it just begged for it," she said, adding that the look of the bridge by day gives the lighted bridge "strength and boldness at night."

Abernathy said she is not surprised by all of the positive feedback on the new I-95 bridge in Pawtucket, but emphasized that the final product wouldn't be a success without all the work done before she and fellow designer Jason Rainone came along, especially the input of a Pawtucket bridge design task force. The $83 million bridge looks so great that officials from the Department of Transportation should submit the project for a national award, she said.

He's worked on many Rhode Island bridges, said Ventrone, but this is the first one where the final product wasn't just a result of trying to "ornament" the bridge once the basics were in place. Even the Providence viaduct project, which is now commencing, is not being done with the kind of thoughtful consideration and open-mindedness that happened with the planning and construction of the Pawtucket River Bridge, he said.
"I don't think I'm ever going to work on anything as monumental as this," said Ventrone. "This was a team of people really coming together to make something great, and that's rare."


To read the full article, check out the Valley Breeze's website! The article also features a video collection of photos of the new bridge!
Posted by abernathy lighting design at 12:30 PM No comments: